COMPOSITION
Each gram of FELISINE contains L-Lysine 250mg in a palatable gel.

DISCUSSION
Feline Herpesvirus
Feline Herpesvirus (FHV-1) infection is a common cat disease characterised by sneezing, inflammation of the nose and eyes, corneal ulcers and fever. Surveys have revealed that up to 97% of cats harbour this virus. The virus remains in the
animal after initial exposure and lies dormant in a latent state in nerve tissue near the brain. During periods of stress the virus can travel down the nerves and injure the cornea in one or both eyes. Some conditions that can cause stress in
cats include: the introduction of a new cat or dog to the household, relocating the cat or even leaving the cat when going away on holiday.

L-Lysine supplementation
There is no known cure for FHV-1 but the condition can be managed. Studies have shown that cats supplemented with the correct dose of lysine experience less severe clinical signs of FHV-1 following experimental infection than a placebo
1 group . The amount of lysine that cats normally ingest when following their normal diet is not sufficient to inhibit FHV-1 replication. In another study, cats exposed to stressful conditions known to induce viral shedding showed reduced viral 2 shedding after oral administration of L-Lysine .

Mode of action
FHV-1 replication and growth requires the presence of arginine, an amino acid. When administered as a supplement, LLysine (also an amino acid) competes with arginine, so inhibiting viral replication. Supplementation of L-Lysine does not 2 alter the plasma concentration of essential amino acids, nor does it cause arginine deficiency in cats . 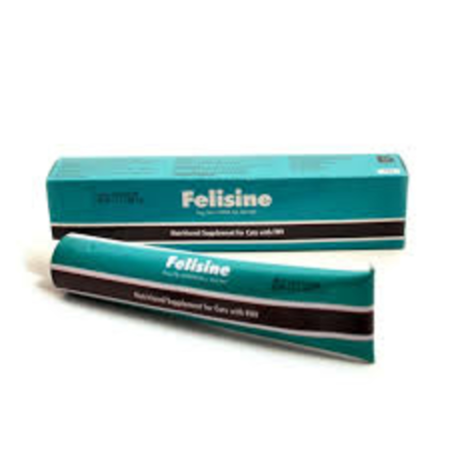